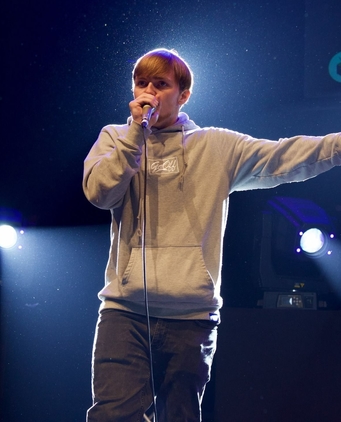 Neil Meadows, AKA NaPoM, is a Pittsburgh, Pennsylvania native and discovered beatboxing in 2011 at 16 years old. He found this art form allowed him to open new doors in music and continued to push his talent and ability to the next level every day. Now NaPoM is a beatbox culture icon, teacher, and full-time performer while inspiring other mouth musicians across the globe. His unique style and deep subwoofer bass sounds wow crowds around the world, and he never fails to impress.

Currently based out of New York City, NaPoM aims to push the boundaries of what the human body is capable of and spread his art and culture further amongst the world. Another big part of NaPoM’s career and future lies with The Beatbox House, a 100% beatboxing super group features Kenny Urban, Amit, Gene, Chris Celiz, and of course, NaPoM.